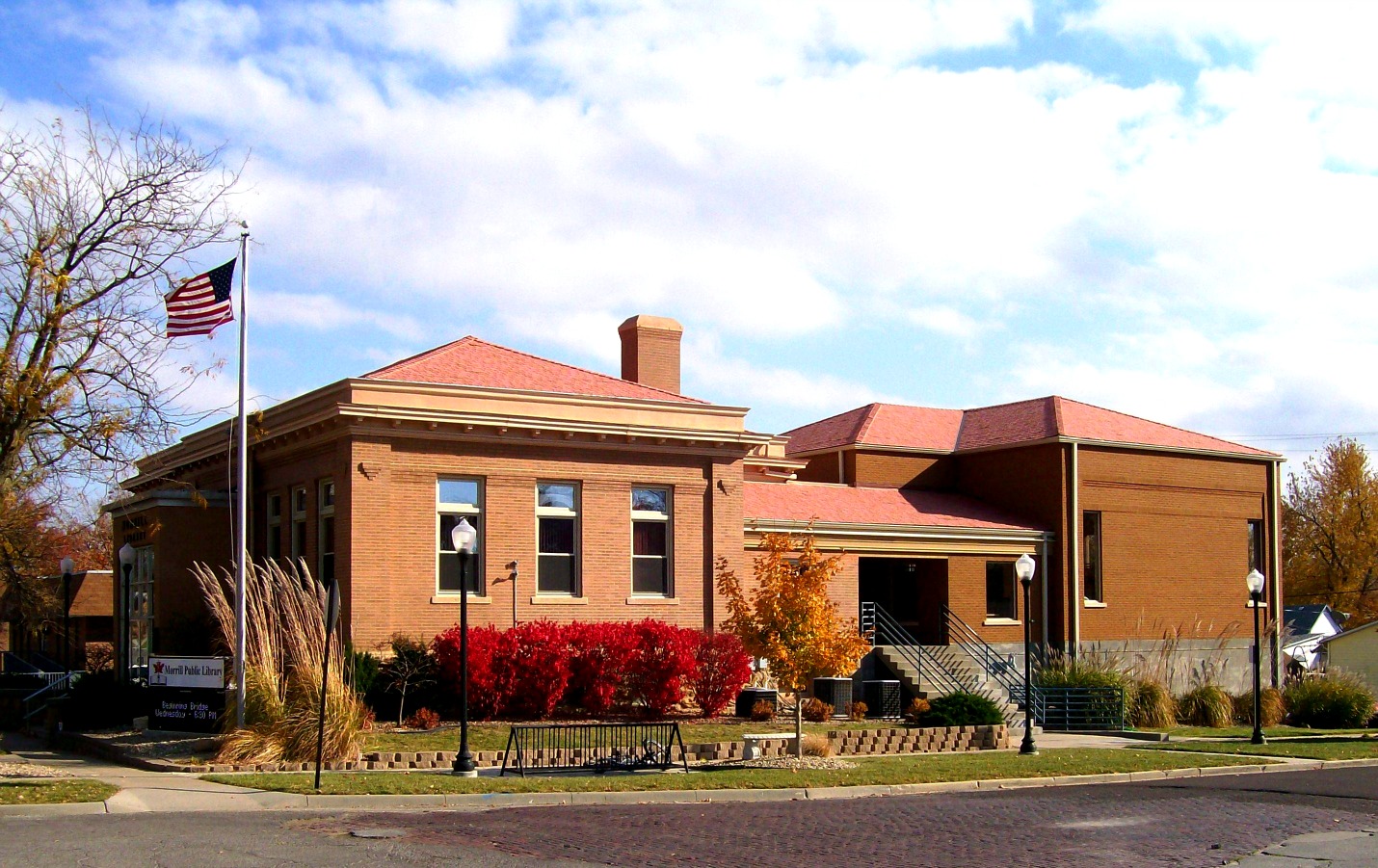 The Morrill Public Library is committed to an excellence in service that is responsive to the community’s need for convenient, accessible, and relevant library materials and programs for all ages.

The Morrill Public Library is a center for lifelong learning, providing a variety of resources to meet the community’s information, education, and recreation needs.

The library received a major bequest in 1948 when George Johannes willed a farm to the library. This gift has been a significant factor in the library’s development.

The library became a member of the Northeast Kansas Library System (NEKLS) in 1966. The system offers many benefits to member libraries including library development grants, continuing education opportunities for librarians and trustees, technology support, and technical advice in many areas.

In 1967, the basement was remodeled and a new front entrance was constructed. This doubled the floor space of the library.

The library celebrated the nation’s bicentennial in 1976 by reprinting Ruley’s History of Brown County. In 1982, in celebration of the library’s first 100 years, the Board of Trustees reissued E.N. Morrill’s 1876 History of Brown County, Kansas. Patrons who attended the library’s centennial open house also received a print of the Carnegie building by local artist Richard Moore.

In 1980, the Morrill Public Library was named as one of the community recipients of the Paul Bruning Trust. In 1986, with the book collection numbering 24,000, the library undertook a major renovation with funds from the Bruning Trust.

Completed in 1993, an addition of 5,840 square feet again doubled the space of the library. The project was financed with bequests, local donations, and a LSCA federal grant.

In 1999, the Trustees authorized a facility-use study to determine the best use of the available space for program areas. At that time, library holdings of more than 35,000 items included books, periodicals, audio cassettes, video cassettes, and music CDs. The library entered into a network agreement with NEKLS to provide direct high speed internet connection.

In December of 2000, a newly renovated Bill and Bernard Martin Children’s Library opened, providing an inviting space for kids to learn and grow. In 2001, the Merry Gary Riley Memorial Young Adult Collection was created, featuring a comfy lounge area and an enhanced fiction and non-fiction collection. Also in 2001, technology improvements included creating a media center.

In July of 2008, the library received a new roof that was funded by a bequest from Jean Schaible. M & M Construction of Olathe installed synthetic slate tiles to replace the old heavy slate and stop leaks.

The current collection of over 33,000 items includes DVDs and audiobooks. Over 3,000 people from throughout the area have active library cards.

When is the library open?